This is one of the most commonly used phrases in property investor networking and training events, you’ve probably lost count of the number of times you have heard it.  Cynics would say it’s a phrase used to fill training events and that everything you need to know about property investing can be found out by asking the right questions.

Indeed everything can be found out somewhere in Google and if you struggle there then there are plenty of ‘experts’ on Facebook who will have a view for you.  But this still comes down to asking the right question and if you don’t know that you need to ask a question then neither Google or Facebook are going to be of any help to you.

I’ve been managing property refurbishments and developments for over 30 years and without any doubt I rely heavily on experience to solve challenges and make decisions.  I’ve had things go well and I aim to do more of them but I’ve also had things go wrong and I aim not to repeat the mistakes that led to them.  These aren’t necessarily whole projects just component parts of projects so even when things went wrong there was still a profit at the end, just not as much as we would have liked to achieve if we hadn’t made a mistake.

The thing about construction, whether new build or refurbishment/conversion, is that no two projects are the same.  Even if you were to build two identical houses next door to each other there is a chance of having different ground conditions and levels, leave alone the possibility of different tradesmen carrying out some of the work.  For me this is what makes the whole industry exciting, as I can be certain that every project I ever get involved with will be different from anything else I’ve done.

And this is why experience makes so much difference, whether it is mine, another Consultant or the Tradesmen.  The success of any project, in reality, comes down to how you manage the challenges and, connected with that, how quickly and cost effectively a solution can be found.  All very well on projects where you are working with Consultants but if you’re not then it’s down to you.  Some of these challenges come along before you start and some of them later on, in fact the first big challenge is calculating the cost of the works so that you can pitch your offer price accordingly, so very early on.

There was a time when I had my own building business and I advertised my services to property investors at various networking events.  Now this was a massive eye opener for me, even though I didn’t claim to know anything about property investing I met a lot of investors who thought they knew all about my business.  Back then I’d never heard the phrase ‘you don’t know what you don’t know’ but in reality many of these perspective clients were blissfully unaware of what they were doing.

I met investors that had slipped up on one or more of the following:

And the list went on.  Some of them had been on courses, others were going it alone but most of them didn’t know what they didn’t know so were just solving the problems as they came along.

Notwithstanding some of these issues these investors were managing to refurbish to flip and make a profit, they could convert a house to an HMO and secure a regular income but it struck me how much easier and more profitable it would be if they knew what they were doing.

A client recently approached me to mentor him through the conversion of a large house into four flats, he already had a builder that he wanted to employ and just needed me to ‘help him out’.  Unfortunately this investor had already made a number of mistakes because he didn’t know what he didn’t know.  He was blindly about to instruct a builder whose final account was going to be £25k higher than his quotation with legitimate extra costs and he was unaware of the need for structural warranties, party wall awards and a Contract Administrator.

When I asked what previous experience this investor had it was nothing as big as this project so it became no surprise to me that he had made these mistakes.  In the event he appointed me to Project Manage the whole scheme so the first thing we did was write a schedule of works and negotiate a fixed price with the builder which ended up being £45k below what we originally thought the account was going to be.  This amount was more than my fee but had a second benefit of giving the Investor his time back.

This is just one of many stories that I could tell you about the mistakes made by Property Investors and some of them are worse because the works have started or even completed before the problem comes to light.  I don’t mind picking up the pieces but I would far rather get involved before things have a chance to go wrong.

So before you embark on a development or refurbishment project ask yourself the following:

Experts are there to help, they have years of experience and training as well as CPD to keep them up to date.  Their involvement in your projects will almost certainly save you money in the longer term as things will run smoother and faster, not to mention giving you more credibility with your lenders.  Perhaps most importantly they carry Professional Indemnity insurance to protect you against their mistakes, so if something does go wrong it doesn’t come out of your pocket.

Do you know what you don’t know? 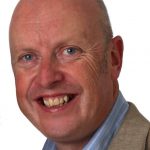